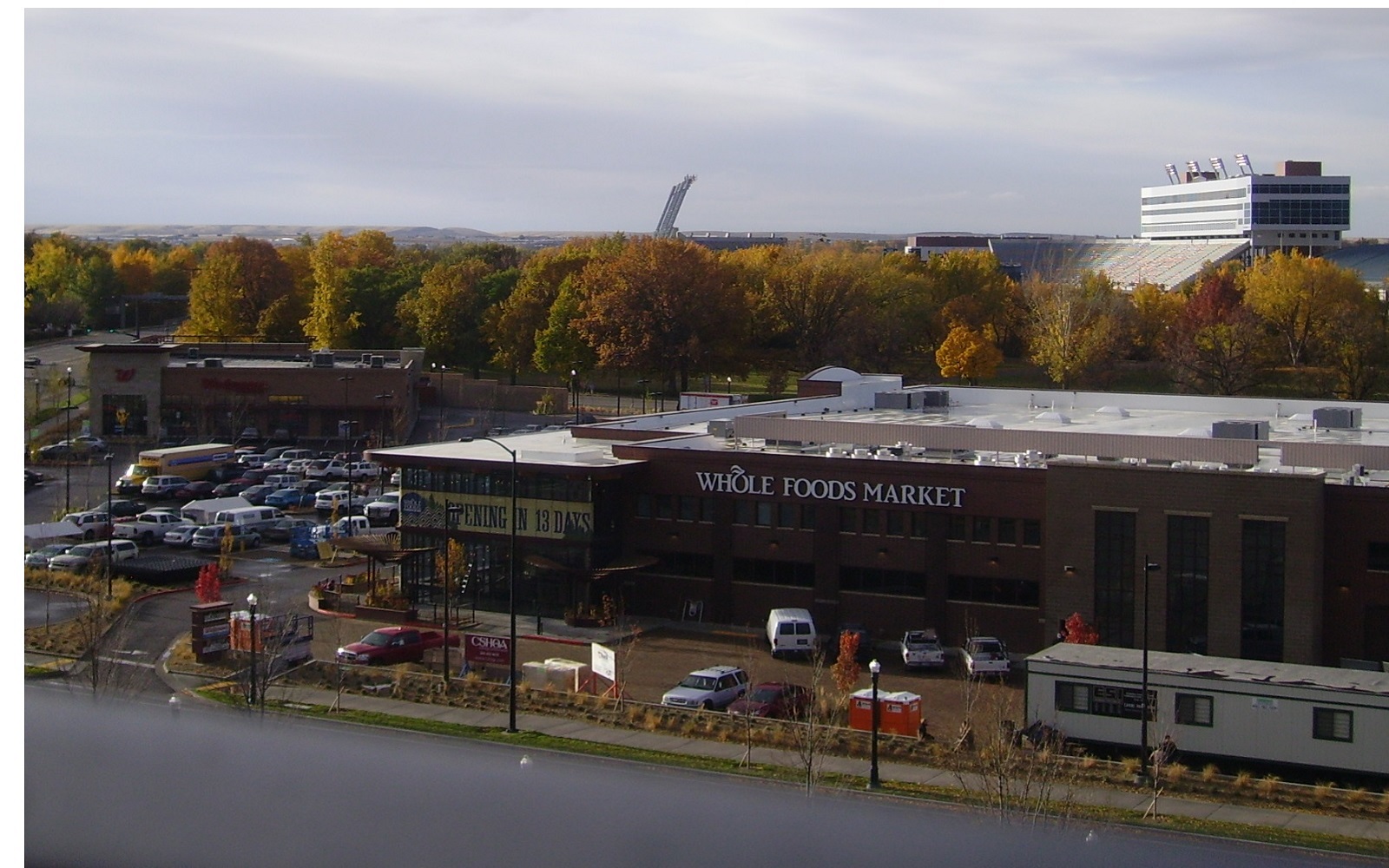 Crews working on the Whole Foods Market and Walgreens pharmacy buildings will start removing fencing around the site on the east end of downtown Boise in the next few weeks so they can install sidewalks, trees and light poles, said Rick Duggan, who is part of the Broadway Front partnership with Boise developer Jim Kissler. Perimeter work likely will conclude at the end of August.

The 3.4-acre site will feature permeable pavers on the 252 parking spaces. The pavers collect water that runs through a sand filter and into the water table, Duggan said.

Crews found some organic material that was not suitable as fill under the parking lot and pavers, and had to replace it with new fill, he said. “It was nothing that was excessive or that caused meaningful delays.”

Walgreens is expected to open in late September or early October, followed by Whole Foods by the end of November, Duggan said. He is with Schlosser Development of Austin, Texas.