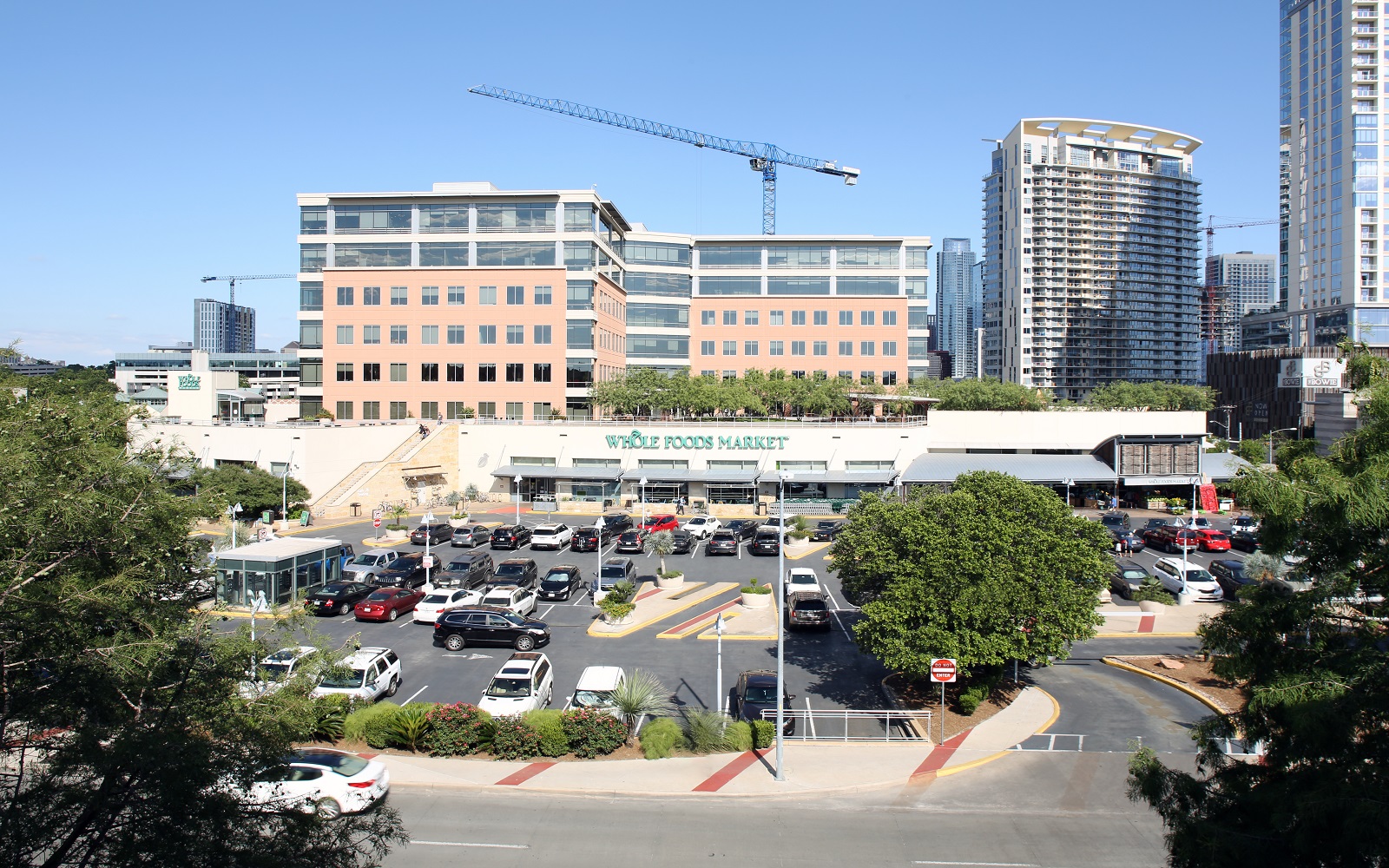 The expansion plans for Whole Foods Market Inc. (Nasdaq: WFM) in downtown Austin sparks some interesting questions about the company’s real estate strategy and what companies benefited — or not — as a result.

The Austin American-Statesman reported that the natural foods grocer purchased 524 Lamar Blvd, a retail property across the street from Whole Foods’ flagship store and corporate headquarters. Evidently, the company will operate the retail center with the existing tenants but has long-range plans for razing that property along with the adjacent 1009 W. Sixth St., which it purchased in October 2013.

The global company is growing rapidly and its current roster of 800 headquarters employees could grow to 2,000 in the foreseeable future. The headquarters at 550 Bowie St., which is integrated into the flagship store, is not large enough to handle that growth.

As such, the company is re-evaluating its plans, which for some time were thought to involve Schlosser Development Corp., a dominant developer in the market area around West Sixth Street and Lamar Boulevard. For many years, Schlosser planned to build a 430,000-square-foot tower just to the east of Whole Foods’ current corporate headquarters. But the recession and development issues with the city always seemed to stall any forward progress. Still, during the past year, Schlosser indicated it was ready to move forward with the huge office tower at 836 W. Sixth St.

For whatever reason, Whole Foods decided it wasn’t interested in Schlosser’s project, despite the fact that outwardly it would appear to offer the grocer the most bang for its buck right next door to its current site. Schlosser executives have never shown much interest in talking with the media, so who knows if we’ll ever know what the disagreement was about.

To further underscore the rift, a couple of weeks ago the Statesman also reported that Whole Foods will move some employees into 311 Bowie, a residential high-rise with an office component under construction just to the southeast of corporate headquarters. Whole Foods signed a lease for 40,000 square feet there and will occupy that space sometime in 2015.

Now it gets interesting. Endeavor Real Estate Group represents Whole Foods in its real estate expansion matters and yet Endeavor has benefited directly from that relationship, not once but twice.

Whole Foods purchased 1009 W. Sixth St. from Endeavor, which has owned the boutique antique shopping center since 2000. The specifics of what Whole Foods paid Endeavor is not known because Texas is a non-disclosure state, but according to the Travis Central Appraisal District, the 33,300-square-foot center currently is valued at about $4.2 million.

Endeavor also benefits from the lease Whole Foods signed at 311 Bowie because Endeavor is the co-developer of that property. The value and terms of the lease were not disclosed.

Tenant representation brokers often raise the issue of conflict of interest when brokerages routinely represent both tenants and landlords within the same transaction.

The Endeavor case is a bit more complicated but still brings questions into play.

“Endeavor’s representation of Whole Foods could be construed as a conflict of interest, given the firm’s active developments and acquisitions in and around the Central Business District,” said Ryan Bohls, vice president of JLL and a tenant rep specialist.

Still, he said, in this market the dynamics may justify the means.

“Because the market for office facilities is increasingly tight, Whole Foods’ partnership with a capable developer like Endeavor may be more of an asset than a liability as numerous downtown tenants compete to secure space to accommodate growth,” Bohls said.

There’s one other moving part to the equation. Whole Foods will move 150 employees into space above BookPeople, REI and Anthropologie at 601 N. Lamar Blvd. The Statesman story implies that Whole Foods has occupied that space before.

Public records are interesting with respect to that property. The owner, according to the Travis Central Appraisal District, is Broadcast Financial Services Inc., which has as its official address c/o Whole Foods Market, 405 N. Lamar Blvd., Suite 200. That address, however, is the address for Schlosser Development.